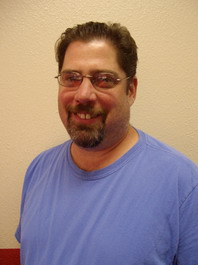 Carl and Olivia’s story starts back when Olivia was in preschool—lots of preschools.  Twelve to be exact!  “Olivia was kicked out of those preschools because of uncontrollable bad behavior” Carl says.  By the time she started kindergarten she wasn’t doing much better.  “She was diagnosed with ADHD at age 5 and was put on medication.”

It was great to have the behavior issues under control but she became “withdrawn and shy to the extreme.” She wasn’t interacting with other kids and cried whenever she had to face any new and different situation.

Carl knew he had to do more for Olivia.  He enrolled her at Karate for Kids at age 8, with the intention of helping her gain confidence and learn self defense.  But now, 4 years later and a 2nd degree black belt, both Carl and Olivia got a whole lot more.

Within the first year of training, several things changed for Olivia.  Carl goes on to say, “She was developing confidence.  She started to make close friends outside of Karate for Kids”, something she hadn’t done up until this point.    “I’m so proud of her!”

Another major turning point for Olivia was when she started to put the life skills taught in class into practice outside of her martial arts training–specifically at school.  “The life skill Olivia has benefited from the most is goal setting.  She has a chart in her room with her academic goals written down! She writes down due dates on projects, and writes down what she needs to do every night to get it accomplished and turned in on time.” We weren’t surprised when Carl told us that Olivia is a straight “A” student.  Well, she does have a “B” this semester, with a goal to make it an “A”. “She interacts with students and teachers and gives oral reports”, something she wasn’t capable of a few years ago!

Another important benefit for Olivia according to Carl is learning to put the life skills of persistence and perseverance into action.  Getting to 2nd degree black belt has had it’s challenges and “Olivia has learned to work through tough times and not get frustrated.” This is really important to Carl to see her conquer this obstacle.

You might not expect it, but Olivia loves tournaments.   She enters all in-school and regional events, and has even traveled out of state a few times.  Sparring is her best event.  Carl says that although she has never won a first place, she loves to compete.  “Olivia has taken Senior Master Babin’s advice.  She always makes a new friend at these events by introducing herself to others” –an exercise we do in leadership class! “And because she has been so friendly over the last few years, she always sees friends at tournaments.  I’m pleased at the way she has learned to make friends.”

Olivia may have started school and needed medication as early as age 5, but that’s changed now as well.   Carl reports that her medication has been reduced by 75%.   “The doctor told me this is unheard of.” Usually, medication needs to be increased as children grow larger and often develop a tolerance for it.   So Olivia’s progress is really wonderful!!!!

Carl knows that the KARATE FOR KID LEADERSHIP PROGRAM is helping Olivia “grow into a better adult.   I like what I see in the older kids at the academy and I know Olivia will be just like that.”

Let’s all Congratulate Carl Moore On Being our Parent of the Month for November 2008!  By Partnering with Karate for Kids and  Supporting Olivia Through Tough Challenges, Carl Has Reshaped His Daughter’s Future!